Cannabidiol (CBD) is one of over a hundred organic compounds found inside hemp plants. Referred to as cannabinoids, this extended family works alongside smaller molecules to help plants produce enzymes and deter pests.

But, it’s when humans consume CBD and other cannabinoids that something definitely extraordinary happens.

Cannabinoids can interact with a vast network of receptors that exist inside all of us. The full extent of this interaction remains under investigation but could influence mood, sleep, immunity, energy, longevity, fitness and much more.

Fortunately, CBD not only interacts with our body in numerous ways but is well-tolerated and non-toxic too. This beneficial combo, of course, has led to a surge in interest.

WHERE DOES CBD COME FROM? 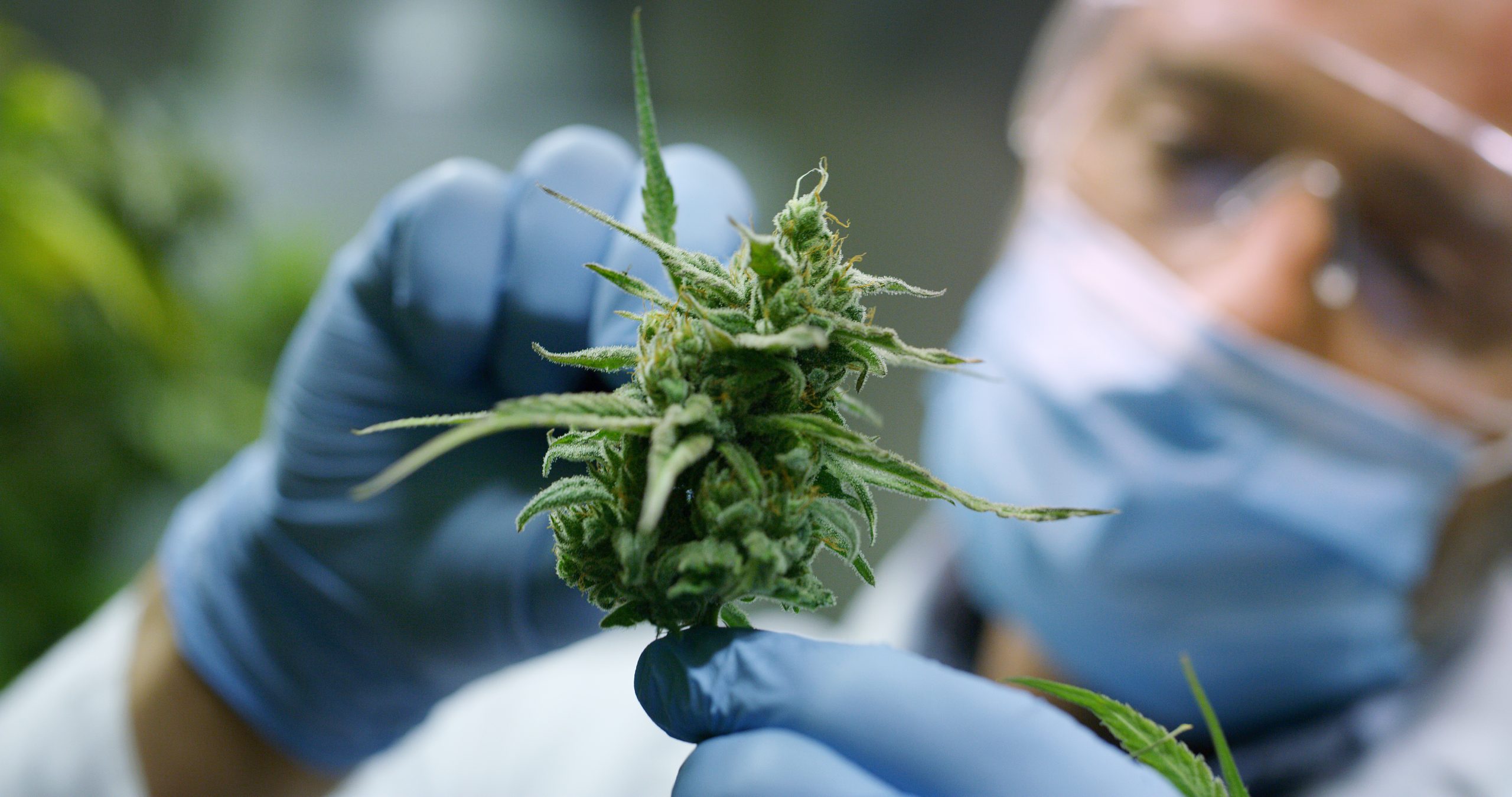 Although CBD can be found in virtually all species of Cannabis sativa, hemp has the highest concentrations.

Hemp is a variety of Cannabis sativa that was domesticated over 6,000 years ago in ancient China. Since then, the plant’s been selectively bred for its commercial properties, becoming a naturally-rich source of CBD.

However, as we’ve alluded to, CBD isn’t the only cannabinoid. But, while most of these compounds (including CBD) are non-psychoactive, every family has an outlier.

WHAT’S THE DIFFERENCE BETWEEN CBD AND THC?

You’ll likely have heard of THC long before CBD. Not only is THC (short for tetrahydrocannabinol) the main reason marijuana (another subspecies of Cannabis sativa) is illegal in much of the modern world, but it’s well-known for producing psychotropic side effects (a high).

Fortunately, not all cannabinoids are the same, and although differences in their chemical structure may be slight, it’s enough to change their effects dramatically.

The differences in CBD’s chemical structure mean it doesn’t interact with the body in the same way as THC. As a result, it’s non-toxic, doesn’t induce a high, and according to the World Health Organisation (WHO), has no abuse potential.

Knowing where CBD comes from is one thing, but what about this all-important interaction we keep talking about?

For CBD to exert its influence, it needs a point of contact—the endocannabinoid system. The name may sound complicated, but its role is pretty straightforward.

The endocannabinoid system or ECS exists in all mammals, including dogs, cats, and even non-mammals like goldfish.

In humans, the role of the ECS is a relatively recent discovery (the early ’90s), which is why research is still ongoing, but the significance of such a system shouldn’t be underestimated.

What we do know is the following; the ECS functions as a regulatory system that plays a role in the vital organs, brain, and the nervous and immune systems.

It’s job is to observe all these systems and ensure they are in working order, getting the resources they need when they need them. If for some reason they aren’t, it will see if it can help by signalling the release of specific biological compounds and enzymes.

CBD acts as the conductor of your endocannabinoid system.

It doesn’t get involved directly with the day to day running, but it does make sure your body’s enzymes and chemical compounds are where they need to be when necessary. CBD can, however, lead from the front, and on occasion, will interact with receptors attached to the ECS.

HOW CBD INTERACTS WITH THE ENDOCANNNABINOID SYSTEM (ECS) 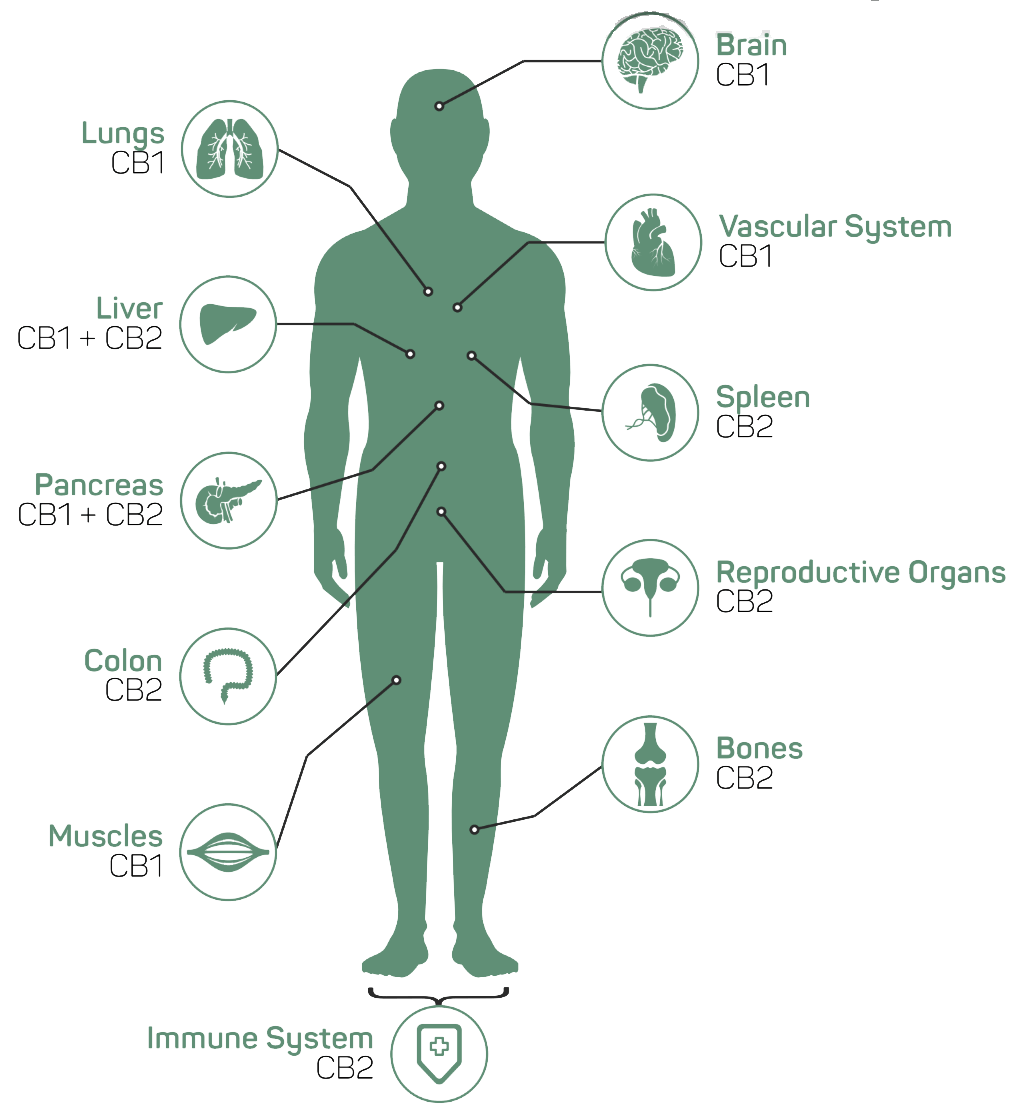 For the ECS to take action, it needs to be activated by cannabinoids like CBD.

It does this via two types of receptor—CB1 and CB2. Both function as access points to the ECS—a gateway between the human body and cannabinoids.

CB1 receptors are mostly found in the brain and parts of our central nervous system, while CB2 receptors exist in the immune and digestive system.

However, to make sure only the right compounds enter the right pathway, receptors have a “lock” of sorts. If a receptor interacts with the right cannabinoid, the pathway is unlocked, and the ECS takes action.

CBD’s “key” doesn’t fit perfectly into CB1 or CB2’s “locks”, but it does influence the receptors in other ways. Instead of unlocking the pathway directly, CBD can encourage the binding of different chemicals and enzymes.

When this happens, we experience several of the effects the compound has become known for. However, while CBD is not the only compound that can stimulate CB1 and CB2 receptors, it is one of the few that doesn’t have any mind-altering side effects. 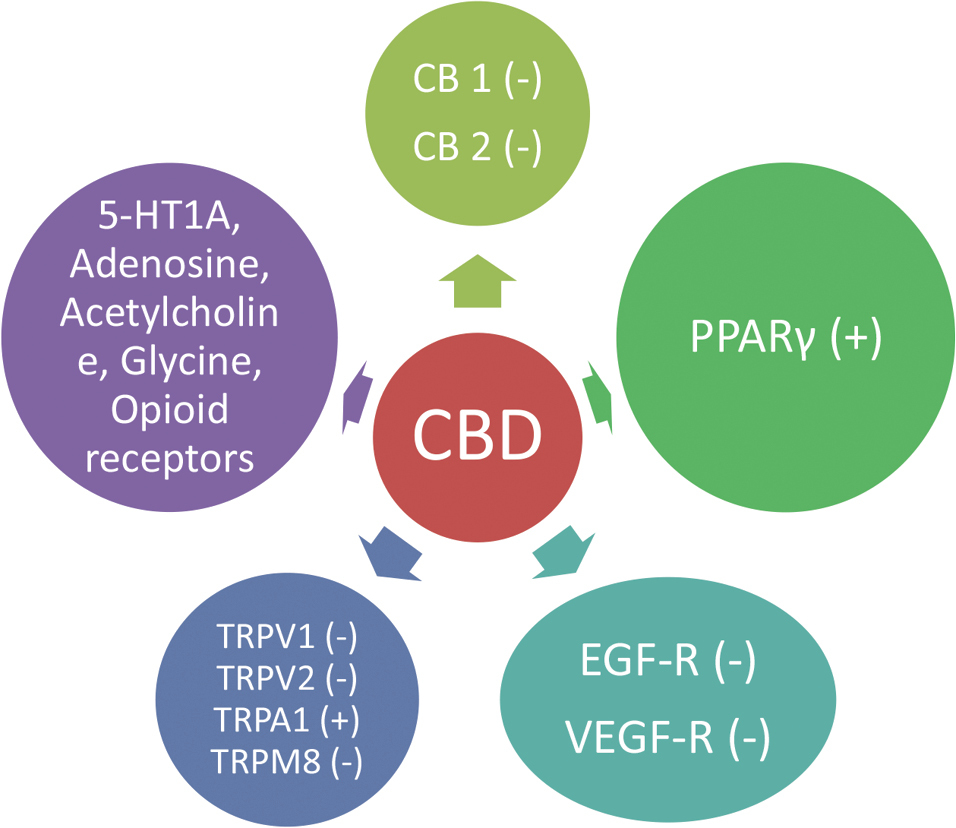 It can also influence receptors not directly linked to the ECS. These include receptors that trigger the release of serotonin (5-HT), a chemical that supports feelings of happiness and well-being.

TRP channels exist inside cells and act like gauges in a car—monitoring things like temperature and pain. If they detect a temperature that is too low or too high, they send a signal so the body can take action.

Finally, CBD also prompts a reaction from receptors in the liver (PPAR-alpha). This can speed up metabolism inside the liver and is something scientists are still working hard to understand.

CBD Also Plays a Part in Enzyme Production and Breakdown

Earlier, we mentioned that CBD belongs to a family of compounds called cannabinoids. While these exist outside the body, human physiology has developed its own type of cannabinoids called endocannabinoids.

They are similar to CBD insofar as their molecular structure, but they occur naturally—inside the human body.

Large concentrations of AEA are usually broken down by the body, but CBD has a unique ability to slow this process. There is still much to learn about the possibilities linked to this reaction, but researchers believe higher concentrations of AEA could play a part in appetite, sleep patterns and mood.